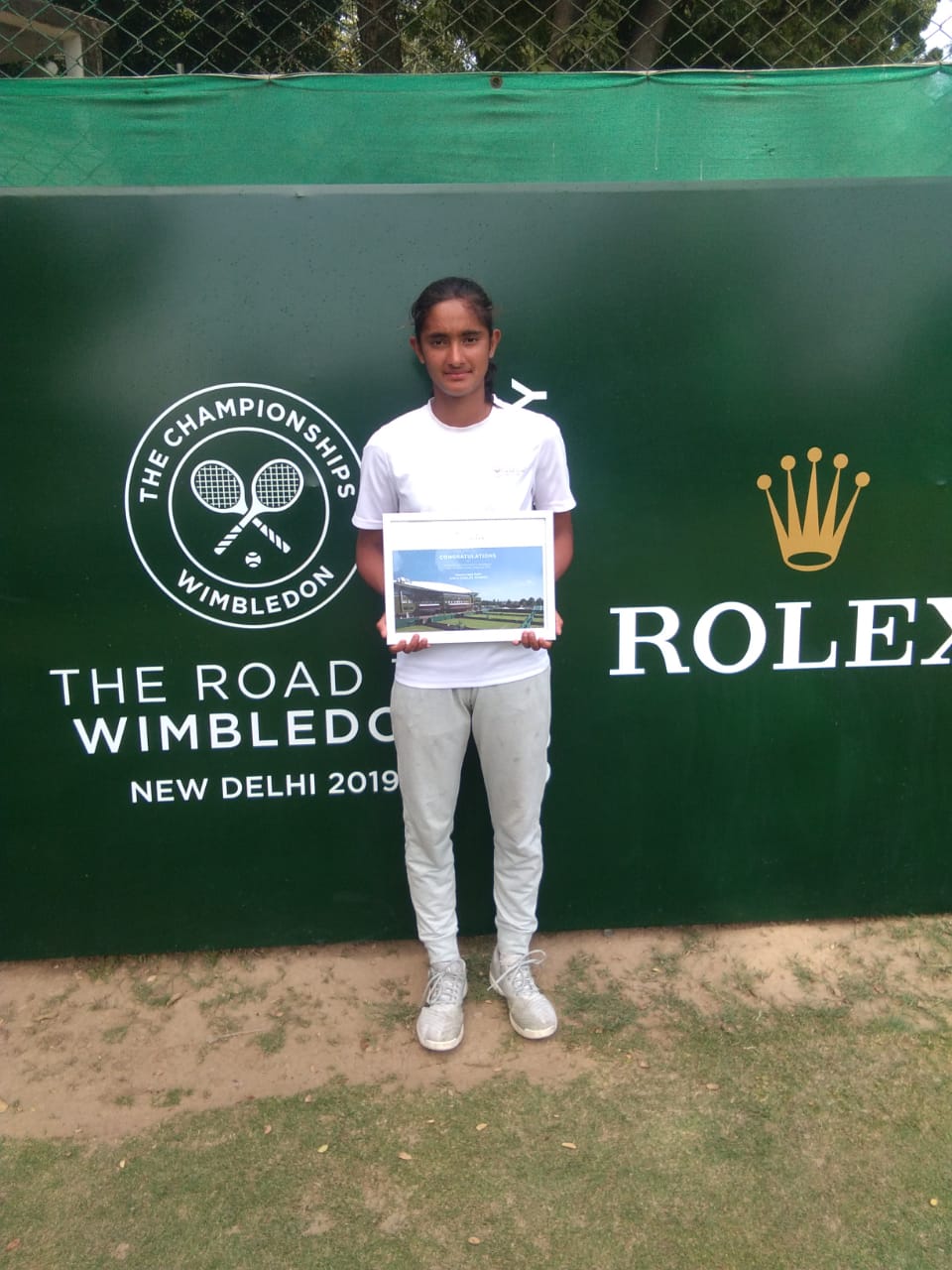 Little Angels Lawn Tennis Player Anjali Rathee, sports star of International fame brought laurels to the Haryana State & Institution by playing in the “Road To Wimbledon Lawn Tennis Championship” held at Delhi from 11th March, 2019 to 17th March, 2019. Anjali won the title by defeating Vaidu Raju with the score of 7-5, 6-0 in the final match at Hyderabad. Top 16 women from all over the country participated in this competition. Anjali, after getting this title will represent India in “Junior Road To Wimbledon Championship” to be held in July in London. This is a historical achievement for the Institution.

Little Angels is the only institution from where two Angelians Udit Gogoi & Anjali Rathee have been selected for “Road To Wimbledon Championship”. Anjali’s parents said that the credit goes to the School Management & her tireless hard work. They also added that it has been possible due to the support provided by the School.

The School Chairman; Mr. Ashish Arya, Dr. Neha Arya and the Principal; Ms. Asha Goyal congratulated her for winning the Road To Championship Trophy & blessed her for the Junior Road To Wimbledon Championship to be held in London.