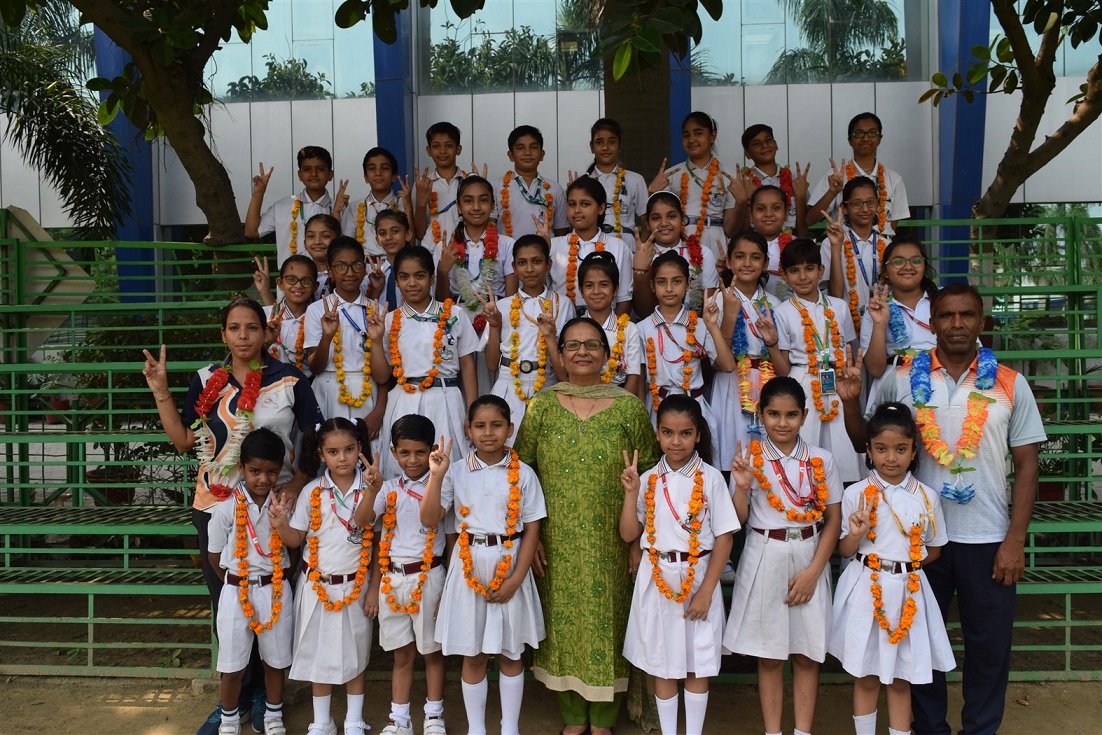 The parents of the winners acknowledged the efforts of the School for providing the best facilities to its players. The winners were given a floral welcome in the School. The School Chairman; Mr. Ashish Arya, Dr. Neha Arya and Principal; Ms. Asha Goyal extolled them and galvanized them to do better in future also.